For a change, I decided to write about something other that software, because previous posts might have given an impression that I am a complete nerd and I want to dispel it. So in this post I am going to write about food, in particular, I am going to give simple instructions (algorithm) to cook a traditional Belarusian cold soup called kholodnyk (Russian spelling is "холодник" which literally means "cooler") based on beet broth. This is a kind of soup you might get in a cheap (but nevertheless good) Minsk eatery in summer. Cheap because more expensive places usually use fancier recipes.

First I'd like to say that I enjoy cooking, but unfortunately don't have enough time to devote to it, especially during weekdays. So I really appreciate easy recipes and recipe for kholodnyk is one of those. 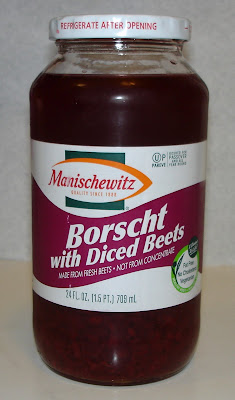 The thing that made me prepare this soup is a chance find of a product with the funny name "Borsht" in a local Safeway. "Borsht" seems to be a mistransliterated (forgive my English) Ukrainian and Russian word борщ normally pronounced kind of like borshch which is a different soup of an Eastern European origin. A glimpse at the list of ingredients revealed that this mysterious Borsht is nothing more than a beet broth, the main ingredient of kholodnyk.

To cook kholodnyk you need the following ingredients:

Apart from the broth (which is fortunately already prepared) the most time consuming part is boiling eggs. So to optimize the cooking process you might boil all the eggs at once and keep them in the fridge for a day or two if you are going to serve the soup more than once. Also don't use just cooked eggs, let them cool down a bit. 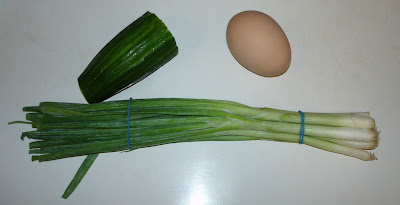 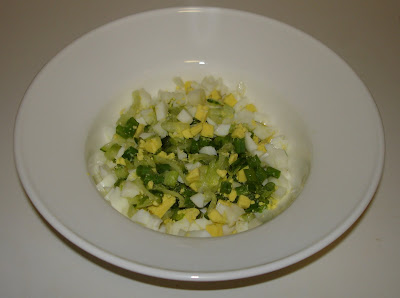 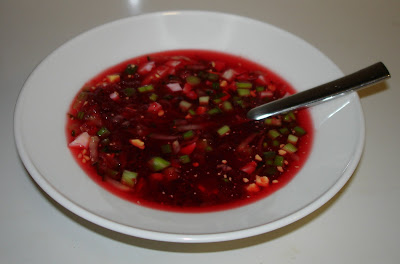 The soup is served cold and is ideal for hot weather (the one you won't get here, in San Francisco) and it goes great with rye bread. Unfortunately it is hard to find good bread other than sourdough in SF, the best that I've found is Beckmann's German Farm Bread.