Giving up on Julia 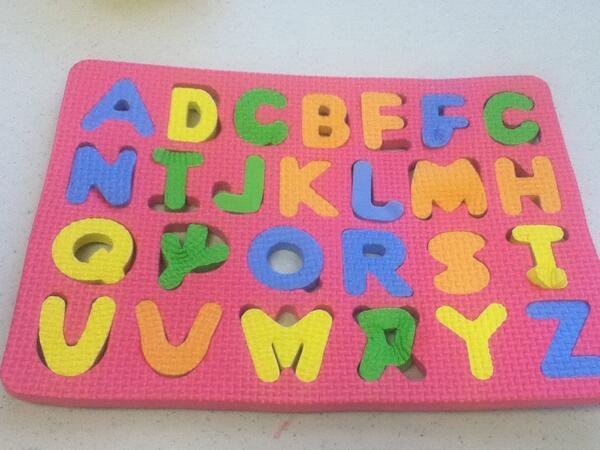 When I first learned about the Julia programming language, I became very enthusiastic about it. Just look at the feature list from their website:

Other than the dynamic type system, what not to like about this?

However, as I learned more about the language and experimented with it, I because increasingly disenchanted with it, and I’ll explain why in this post. 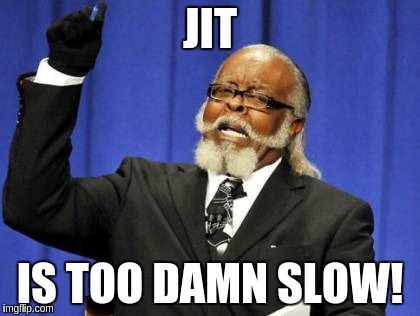 The first disappointment came when I looked at the microbenchmarks, results of which are reported on the Julia website. Even cursory glance over one of them revealed major flaws which I reported in this issue. Others reported similar issues elsewhere.

Being considerably slower than C or C++ is nothing to be ashamed of. Most languages are. What’s disappointing is the striking difference between the claimed performance and the observed one. For example, a trivial hello world program in Julia runs ~27x slower than Python’s version and ~187x slower than the one in C. Note that these are results on Linux and, although I don’t use Windows myself, I’ve been told that the difference on that platform is even worse.

If you ignore startup time, Julia might have good performance for simple array/matrix operations and loops, but we already know how to make them fast in Python and other languages.

And it’s not just scripts, Julia’s REPL which should ideally be optimized for responsiveness takes long to start and has noticeable JIT (?) lags. What’s even more worrying is that there doesn’t seem to be much progress there. The REPL was a pain to use a year ago and it still is.

Possible reason for this is the use of LLVM for JIT. LLVM is great as a compiler backend for statically-typed compiled languages, but it has been known not to work equally well in the context of dynamic languages. Unladen Swallow and a recent migration of WebKit away from LLVM are notable examples.

While there are some nice features in the design of the language that one would expect from a modern programming language (Go excluded), the syntax is not one of them. It is quite obscure and can only be enjoyed if you are a big fan of MATLAB. Of course, it’s hard to compete with Python in readability, but the choice of unbalanced ends for blocks and ::s for attaching types makes the Julia code appear unnecessarily noisy IMHO. It is often said that code is read more than it is written and in my opinion Julia has definitely room for improvement here. The expression syntax is more reasonable, but there is still some unorthodox choice of operators, punctuators and the syntax for multiline comments that creates WTF moments every now and then (who has come up with this stuff: #= \ // $ ?).

One-based indexing is another questionable design decision. While it may be convenient in some cases, it adds a source of mistakes and extra work when interoperating with popular programming languages that all (surprise!) use 0-based indexing, for example:

Of course, one might argue that Julia is not intended to be a general-purpose programming language, but a language for numerical computing. However, as Python shows you don’t have to sacrifice one for the other.

And the last issue that I want to mention in this section is apidocs. The standard documentation system is a step back even compared to Doxygen, not to mention Sphinx. Instead of using semantic markup it relies on rudimentary Markdown-based format with focus on presentation. Apart from obvious limitations of Markdown, this makes documentation of heterogeneous projects more difficult.

JNA- and ctypes-like FFI is convenient, there is no doubt about it. But making it the default way to interface with native APIs is a major safety issue. C and C++ have headers for a reason and redeclaring everything by hand is not only time-consuming, but also error-prone. A little mistake in your ccall and you just happily segfaulted, and that’s an optimistic scenario. And now try to correctly wrap strerror_r or similar. Interestingly, when trying to illustrate this I got a segfault just by using a code from the Julia documentation with libc changed to libc.so.6 because the original example didn’t work:

So this “feature” instead of eliminating boilerplate eliminates type checking. In fact, there is more boilerplate per function in ccall than in, say, pybind11. This is another area where Python and even Java with their C API win. There is a way to abuse FFI there too, but at least it’s not actively encouraged.

Another area where Julia is lacking at the moment is libraries, including the standard library. As has been pointed out elsewhere “Base APIs outside of the niche Julia targets often don’t make sense” and the general-purpose APIs are somewhat limited.

For example, text formatting is one of the most basic and commonly used language facilities one could probably think of and Julia is even behind C++98 there. The standard library provides @printf and @sprintf but they are not extensible. You can’t even make them format a complex number. There is a rudimentary string interpolation, but in its current form it only seems to be useful for very basic formatting.

Being macros, @printf/@sprintf generate custom code for every format string in the hope that it will be more efficient than parsing it at runtime. However, as Stefan Karpinski wrote he had “hard enough time matching C, let alone beating it”. To be more specific, let’s have a look at a simple printf example in C:

It compiles to just a few instructions:

And here’s the Julia version:

If you run code_native(f, (ASCIIString, Float64)) and look at the output, you’ll see almost 500 instructions (which I won’t list here for obvious reasons leaving it as an exercise for the reader). Now multiply this by the number of times @(s)printf is called. Since text formatting is used very often, this may create enormous code bloat problems. The C version may not be safe, but there are safe alternatives that don’t sacrifice code compactness.

The libraries for unit testing are also very basic, at least compared to the ones in C++ and Java. FactCheck is arguably the most popular choice but, apart from the weird API, it is quite limited and hardly developed any more.

Text formatting and unit testing are two areas that should be relevant to almost any project. I’m sure there are some nice libraries in other areas, but lack of solid infrastructure undermines the usability of the language and, in the case of unit testing, reliability.

I am no stranger to large unfamiliar codebases, but when considering whether to contribute to Julia and looking at the repo, I found a mish-mash of C, C++, Julia and Lisp, which put me off even though I had some experience with LLVM used in the backend. The reason for that is not dislike of any particular language in the set but that such a mix of languages in one project requires people with a unique expertise or working within a narrow scope. As Dan Luu put it:

A small team of highly talented developers who can basically hold all of the code in their collective heads can make great progress while eschewing anything that isn’t just straight coding at the cost of making it more difficult for other people to contribute. Is that worth it? It’s hard to say.

I am not sure that such approach scales very well and other people reported slowdown in Julia development :

Julia instead is slowing down and it disappeared from my radar during the last 9 months.

To summarize, I see the following problems with the language and its infrastructure right now:

Despite all this, I think the language can find its niche as an open-source alternative to MATLAB because its syntax might be appealing to MATLAB users. I doubt it can seriously challenge Python as the de-facto standard for numerical computing. Although I decided to switch my attention to other new languages such as Rust which show more promise, I wish Julia developers the best of luck and hope that a bit of (hopefully fair) criticism will be useful and at least some of the issues can be addressed in the future versions of the language.

Update: Changed AbstractString to ASCIIString as suggested by 3JPLW on Hacker News. This brings the instruction count down but highlights unnecessarily complicated string API in Julia 0.4.