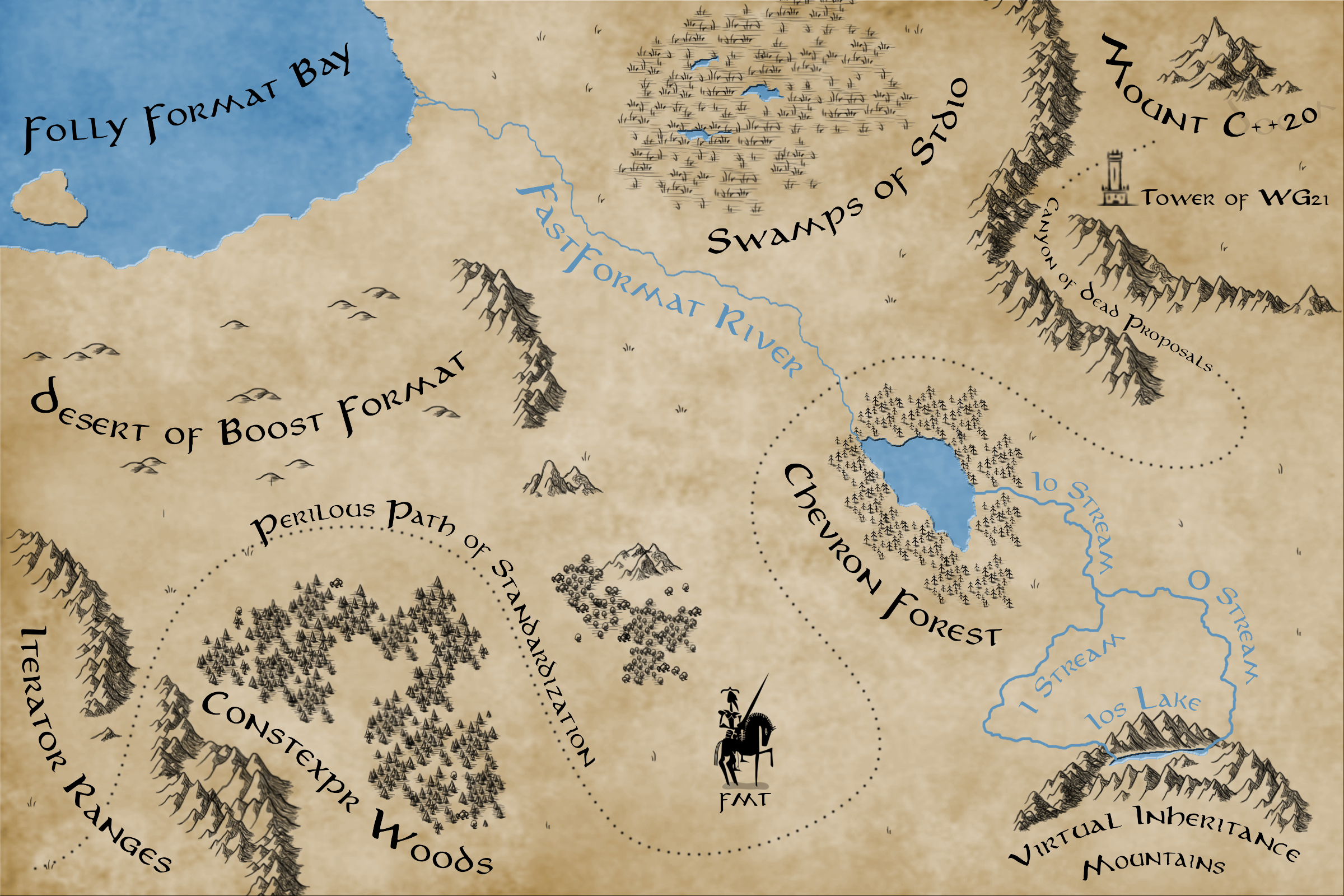 I’m happy to announce that the Text Formatting proposal (std::format) made it into the C++20 Committee Draft at the Cologne meeting, just in time before the feature freeze. This concludes a three-year long design, implementation, and standardization effort.

Here’s a brief history of the proposal aka “what took you so long?”:

Contrary to the usual “design-by-committee” narrative, the standardization process was tremendously beneficial both for the proposal and the {fmt} library, resulting in numerous improvements and here are just a few examples:

In addition to the P0645 Text Formatting there were several other formatting papers approved at Cologne:

Also thanks to my current and past managers at Facebook for supporting my standardization work and the company for paying for my trips to standards committee meetings.

And last but not least thanks to the many contributors to the {fmt} library for their work.

P0645 has built the foundation for modern, efficient, and extensible text formatting. However, due to time constraints it left unanswered a number of questions that will be addressed by future proposals:

Q: I want to use this now, not wait until C++20 is available and std::format is implemented in my standard library. What should I do?

A: All of this and much more has been implemented in the {fmt} library which works on pretty much anything that considers itself a C++ compiler.